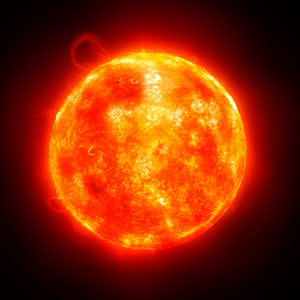 A change in cosmic rays in 2015 compared to values taken in the 1990s has been explained by solar cycles, according to an international team including researchers from the Moscow Engineering Physics Institute.

Cosmic rays are streams of high-energy particles travelling through the Universe at almost the speed of light. The Payload for Antimatter Matter Exploration and Light-nuclei Astrophysics experiment — PAMELA to its friends — looked at measurements of low-energy positrons — or ‘antimatter electrons’ — taken between 2006 and 2015.

The team found that the positron fraction in cosmic rays was much higher in 2015 than in the 1990s, and also between 2006 and 2013. This was because the Sun’s magnetic field flipped direction during 2013 and 2014 and pointed north along its rotational axis, allowing more positrons to reach PAMELA.

This finding was in agreement with theoretical models that predict how cosmic rays drift according to their charge and magnetic field.