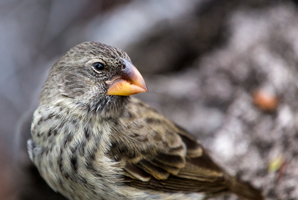 A parasite that inhabits Darwin’s finches may be changing the evolutionary course of finishes.

Like many Galapagos birds, the small tree finch and the critically endangered medium tree finch are being decimated by an invasive parasitic fly. Its larvae live in the nares, or nostrils, of young birds and kill more than half of their hosts.

Now, three researchers at Flinders University in Australia and a colleague have found that survivors have impaired singing ability due to enlarged nares, which reduces their ability to attract a mate.