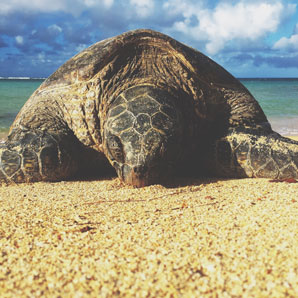 Marine turtle numbers may be overestimated by a factor of two, according to a new study.

With five of the world’s seven sea turtle species listed as critically endangered, endangered or vulnerable, accurate population estimates are crucial for the management of their numbers. Estimates of numbers have traditionally been based on counting tracks left on beaches by females emerging from the water to nest, which are extrapolated to calculate population size.

An international team, including a researcher from Deakin University, satellite tagged female green turtles on beaches on the Indian Ocean’s Diego Garcia Island. After two seasons of tracking, the team concluded that previous population estimates for these turtles have been overestimated by a factor of two. The research is in agreement with recent studies that have reported similar overestimations of other sea turtle populations.