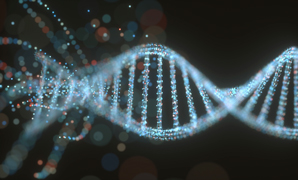 Occasional mistakes in processing produce longer versions of some human genes, enabling them to do double duty.

Viruses commonly read past the stop signal at the end of their genes to generate alternative, longer versions. Known as stop codon readthrough, this process has also been recently observed in mammalian genes that carry a specific signature near their stop signal. Now, researchers at University College Cork have identified human genes with the same genetic signature and shown that stop codon readthrough of one gene, the vitamin D receptor, creates a longer version with different properties.

The team used bioinformatic analysis to identify 23 stop codon readthrough sites in the human genome. Six were already known, and testing confirmed stop readthrough in the remaining cases. Readthrough was most common in the vitamin D receptor. The longer version of the receptor may provide an alternative function since it is much less responsive to its ligand, but the details remain unclear.