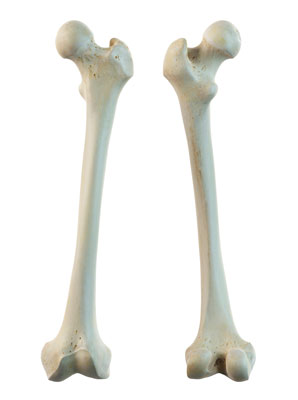 A team, including researchers from Tokyo University of Agriculture and Technology, found that a recently developed drug can protect bones against destruction caused by prostate cancer.

Cancer cells can spread from their original tumour sites to bones and grow there as new tumours, destroying bone tissue and causing fractures and pain. Bone tumours develop frequently in patients with prostate cancer, the second-most common cancer in men worldwide.

The researchers injected prostate cancer cells into the lower-leg bones of mice with a weak immune system. A control sample group was untreated, and the other group received TAS-115, a new drug previously seen to protect the bones of mice from lung cancer cells. The untreated mice lost bone mass and holes formed in their bones, whereas the bones of the mice that received TAS-115 were almost unscathed and their tumours much smaller than those of untreated mice.

The researchers found that TAS-115 blocked the molecular pathway that promotes the creation of osteoclasts, a specialized type of cell that degrades bone tissue.

According to the authors, TAS-115 is a promising candidate for treating patients with prostate cancer that has spread to their bones.