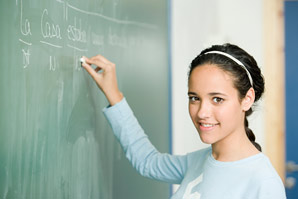 There has been considerable debate on whether learning multiple languages during childhood bestows benefits on the developing brain and behaviour, with some studies suggesting there are measurable advantages while others finding none.

They also showed the connectivity differences were so large that a machine-learning algorithm could accurately distinguish between the brains of monolingual and multilingual children when fed data on whole-brain functional connectivity.

These results imply that learning multiple languages while a child enhances both executive function and brain connectivity.