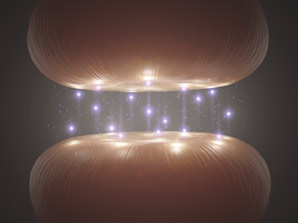 The brain is constantly rewiring itself in response to new sensory input. Channels in the branch-like ends of neurons known as big potassium (BK) channels make it harder for synapses to strengthen connections between neurons that fire together in the brains of mice.

Neurons can rewire themselves because the connections between them can become stronger and weak with time — a process known as synaptic plasticity. Receptors for the molecule N-methyl-D-aspartate (NMDA) play a crucial role in synaptic plasticity because they can detect when two neurons on either side of a synapse fire at the same time.