Effect of deforestation on access to clean drinking water. 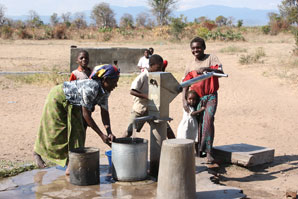 A decade of deforestation in Malawi is estimated to have reduced access to clean drinking water by an amount equivalent to receiving almost a tenth less rainfall.

Deforestation is generally thought to make more water available for use elsewhere. However, by studying satellite data of deforestation in Malawi between 2000 and 2010 alongside surveys of household access to drinking water, two researchers from the University of Tsukuba found that a 1% loss of forested land reduced a household’s chances of having access to clean water by almost 1%. Without trees to absorb water, soil erosion increases and water quality decreases.

The pair calculated that the 14% deforestation over the last decade in Malawi could have produced a loss of drinking water equivalent to that of a 9% reduction in rainfall. They suggest that reforestation could help protect drinking water against future droughts.