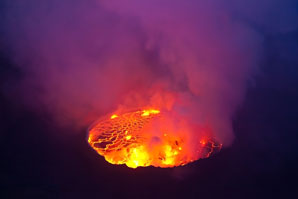 Strange gas signatures in some of Earth’s oldest rocks may have been produced in a different way than previously thought.

When sulphur dioxide reacts with sunlight it creates sulphur and oxygen isotopes, which get trapped in rocks or ice and are preserved for billions of years. However, some sulphur isotope signatures found in 2.5 billion-year-old rock might not be entirely explained by this process.

A team that included researchers from the University of Science and Technology of China analysed sulphur isotopes in polluted city air with a very similar isotopic signature to the ancient rock. They found that the unusual sulphur isotopes can arise from combustion processes, such as burning coal. Based on this, they suggest that the ancient isotopic signatures may have originated from volcanic activity rather than reactions in the atmosphere.

The findings could improve our understanding of the early atmosphere and may provide a new tool to assess atmospheric sulphur.