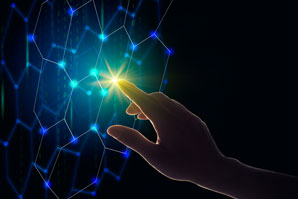 Precise movements can be learned by repetition, but the processes by which the brain learns them are unclear.

A team, including researchers from Tokyo Medical and Dental University, asked participants to touch a spot on a screen several times, and then repeat the exercise while wearing glasses that shifted their vision to the right. With the glasses, everybody initially touched points to the right of the spot but gradually learned to touch the correct point by compensating. In combination with a computational model, this experiment revealed that people combine two thought processes: prediction of the sensory outcomes of a movement, and prediction of movements that will generate a particular sensory outcome.

Patients with cerebellar disorders, which affect movement and balance, had impaired learning ability in the experiment, suggesting that it could be useful for diagnosing cerebellar degeneration.