Framework and resource for more than 11,000 gene-transcript-protein-reaction associations in human metabolism 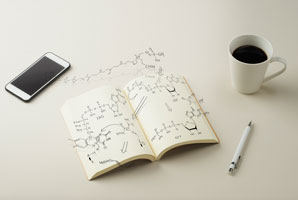 Calculations of the myriad molecular reactions caused by a single gene have helped update a model of human metabolism.

One gene can potentially generate a variety of subtly different proteins, called ‘protein isoforms’, each with a unique function. However, this process, known as “alternative splicing”, has not yet been included in models of human metabolism. Researchers from the Korea Advanced Institute of Science and Technology built a computer framework that can generate metabolic reactions and add them to such a model.

More than 11,000 metabolic reactions were predicted that could arise from more than 1,100 genes. The team used their data to update the latest human metabolic model and predict personal metabolic features, or phenotypes, under various environmental conditions.

The team suggest that their framework will become a communal resource for studying metabolic genes and support research into drug targets for various diseases.