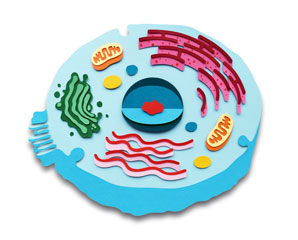 The endoplasmic reticulum (ER) is a subunit of animal and plant cells whose job is to fold proteins into their 3D shapes. A team led by Carl Mousley, of Curtin University, Australia, has now revealed how the ER deals with stressful situations.

In their recently published investigations into yeast cells, the team discovered that ‘reductive stress,’ a cellular imbalance of reactive oxygen species, disrupts a normal folding process, known as N-glycosylation, of the regulatory protein Sil2. Usually, the missing finishing touch would damage a protein’s proper function, but the team found that un-glycosylated Sil2 is functional, and actually able to compensate for the stress response of another important regulatory protein.

Mousley and the team suggest that this response is a protective mechanism so that the ER is optimally configured during periods of reductive stress.