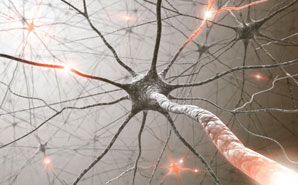 Amyotrophic lateral sclerosis (ALS) is a neurodegenerative disorder that leads to muscle failure and is eventually fatal. It has been linked to clumps of apparently unrelated misfolded proteins, including SOD1, TDP-43, and FUS.

Now, a team including researchers from the University of Wollongong have created a list of all proteins found in ALS clumps and studied their concentrations in nerve cells. They found that, under normal physiological conditions, these otherwise unrelated proteins all exceed a critical concentration level in spinal motor neurons – nerve cells that control movement – that makes them more likely to cluster if the body can no longer balance protein levels as a result of ageing or disease.

The team generated a database that links protein supersaturation to cell dysfunction in ALS to provide further insight into the molecular origins of this disease.