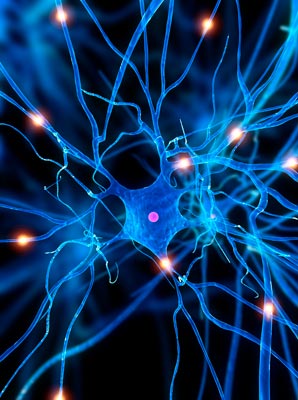 As Parkinson’s disease progresses, increasing numbers of brain cells are lost as toxic protein clumps aggregate in patients’ nerves. But this progression could be stopped by tinkering with the immune system, a study published in The Proceedings of the National Academy of Sciences USA has revealed.

A team of US and Australian scientists, including researchers from Flinders University, have discovered how these clumps of the protein α-synuclein form.

They found that an enzyme called caspase-1, which is released during inflammation, breaks apart α-synuclein in way that leaves it more prone to sticking together. The researchers discovered that α-synuclein clumping could be reduced, and the nerve cell survival improved, by adding a caspase-1 blocking agent.

They scientists propose that changing the immune system’s activity by blocking caspase-1 in patients could be a promising strategy to prevent Parkinson’s disease.