Hybridization can facilitate species invasions, even without enhancing local adaptation 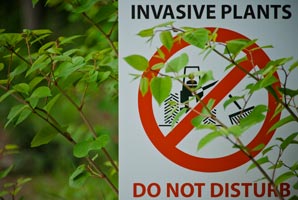 A new model of invasive species dynamics may help reveal how our ancestors replaced Neanderthals.

The initial advance of an invasive species is often led by a small group. However, factors such as lower genetic diversity can reduce the fitness of small populations, leading many colonizations to fail. Researchers at the University of Melbourne have developed a mathematical model showing how hybridization can overcome this problem.

According to the model, the ability to hybridize with a resident species offers invaders a temporarily enlarged population, which can help them escape the traps that endanger small founding populations. This differs from existing models, which suggest that hybridization might enable invaders to quickly adapt to their new environment.

The researchers used their model to show how the European searocket plant successfully invaded the territory of American searockets in three different regions of the world, a parallel of the invasion of Neanderthal territory by modern humans.