Oxytocin, the peptide that bonds the sexes also divides them 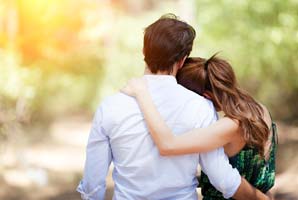 The “love hormone” oxytocin activates the brain’s emotional centre in gender-specific ways, reinforcing positive social cues in women, but negative ones in men.

A Chinese-led research team that included a scientist from Sichuan University used a brain scanner to study the first impressions of 80 young adults reacting to people displaying either praising or criticizing behaviours.

They found that women given an oxytocin spray through the nose shortly before going in the scanner and completing the task had a stronger response in the brain’s amygdala, the neural hub of emotion, to people perceived as praising others. In contrast, men given the hormone had more amygdala activity when witnessing critical behaviour.

The authors suggest these findings imply that the brain evolved to respond to oxytocin to promote successful childrearing in both sexes. Among women it helps forge social bonds, whereas among men the same input helps keep competitors and threatening individuals at bay.