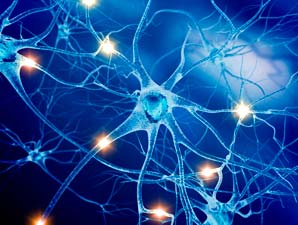 Combining two brain imaging techniques produces a better map of what makes us tick, showing not only the connections between neurons in a network, but the direction in which information flows.

Functional magnetic resonance imaging (fMRI) already provides high-resolution snapshots of brain activity. Since regions that are active at the same time are probably functionally connected, fMRI can be used to build maps of interconnected neurons — but it can’t show which neurons fired first.

A team including researchers from the Technical University of Munich, developed a technique, known as metabolic connectivity mapping (MCM), which relies on the fact that neurons receiving signals use more energy than those sending them. MCM combines data from a PET scan measuring metabolic activity throughout the brain with data about activity from an fMRI, enabling researchers to map which neurons are upstream in a network. These maps may help scientists investigate disorders involving misfiring neural circuits, such as Alzheimer’s disease and major depression.