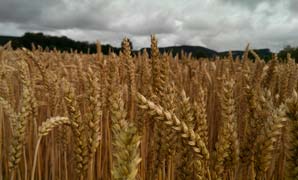 The fate of ancient communities in the wake of climate-related catastrophes could offer clues about future disaster management.

An international team, including City University of New York researchers, examined the impact of food security in seven ancient cultures on their recovery from a climate-related event.

Four pre-Columbian regions in the American Southwest deserts were compared with three sub-polar North Atlantic islands during Norse occupation. By looking at a range of social and environmental factors the team showed communities that were food secure, fared better after a climate-related challenge.

They found food vulnerability was caused by social factors such as limitations on networks and mobility rather than the quantity of food available to the community.

The researchers say because the results are consistent across cultures and time they suggest ways to deal with future climate-related catastrophes. In particular, they highlight the “critical need” to reduce vulnerabilities to food shortages as part of effective disaster management.