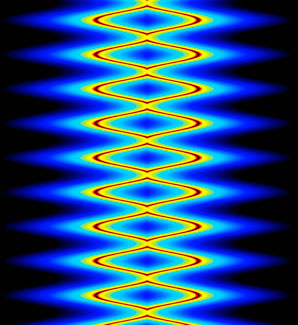 Scientists have developed a method that uses pulses of light to control the properties of sound waves, paving the way for new devices for a wide range of sensing applications, according to a study in Applied Physics Letters.

Acoustic whispering-gallery modes (WGMs) are sound waves that, due to continuous internal reflection, are confined within a cavity. Despite their use in sensing technologies and testing pipes, few studies have been undertaken to investigate how their properties can be controlled.

Led by researchers from Hokkaido University in Japan, a team of Japanese and British scientists have used ultrafast laser acoustics to control the direction of surface-acoustic WGMs in order to measure the difference in amplitude between clockwise and counterclockwise waves, which could lead to new devices for sensing and testing technologies.