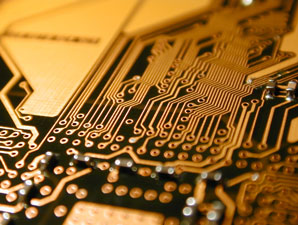 Reducing the size of computer components, such as transistors, to squeeze more of them on to a chip, is the standard way to boost computer power. The ultimate transistor would consist of a single molecule, but how could it be wired into a circuit?

One approach involves a gold nanowire. Subject the nanowire to stress by ramping up the voltage, and a tiny ‘nanogap’ forms. If the nanogap is the right size, the single molecule transistor can bridge it, making the transistor part of the circuit.