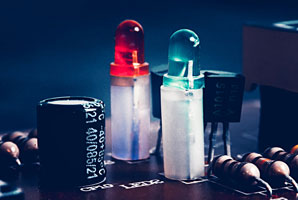 Electronic devices could use power more efficiently through a new gallium oxide diode with an extremely high reverse voltage resistance.

Future electronics will demand faster and more efficient power supplies, but silicon-based electrical components are reaching their performance limits. A Japanese team including researchers from Tokyo University of Agriculture and Technology built a diode — a component that allows current to flow in one direction and blocks it in the other — by depositing grains of silicon-infused gallium oxide onto a layer of gallium oxide and tin. They used a small silica plate to block the reverse current after it leaves the diode. The diode displayed very low resistance for the forward current, enabling rapid switching, and the silica plate blocked reverse current up to a record 1,076 volts. It also showed excellent thermal stability, performing as well at 200 degrees Celsius as it did at room temperature.

This diode could be mass-produced as high-quality individual gallium oxide crystals can be made cheaply from bulk crystals.