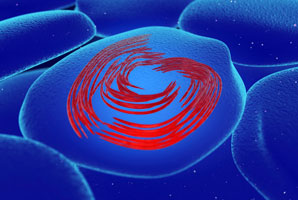 Modifying oxygen levels in cells could improve the effectiveness of cold plasma jet treatment in wound healing and cancer therapy.

Plasma jets of inert gases such as helium interact with air to generate highly reactive oxygen and nitrogen species (RONS) that promote cell death, growth and movement. RONS are directed towards target tissues by a separate helium gas jet. A team including a researcher from the University of South Australia found that the jets themselves affect the health of human skin cells. The helium flowing through the lab-grown cells removed oxygen by “sparging” — a process also used by beer brewers to extract sugar from grains. The plasma jet added or removed oxygen depending on the cell’s initial oxygen levels.

A lack of oxygen restricts a cell’s ability to grow. Tweaking the combination and duration of the two jets enabled the team to raise or lower oxygen levels. This could help determine whether incoming RONS help or hinder tissue regeneration.