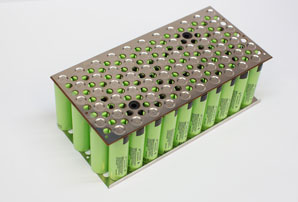 Lithium metal batteries could replace lithium-ion ones in many applications if scientists can improve the batteries’ liquid electrolyte. To maximize battery lifetime and performance, researchers are aiming to develop electrolytes with very high lithium salt contents. They are also seeking safer alternatives to conventional volatile organic liquid electrolytes, which can cause overheated batteries to explode.

Deakin University researchers have discovered an ionic liquid electrolyte that overcomes the viscosity problem, so that it retains an excellent conductivity even at super-concentrated lithium salt conditions. The result could inspire a new class of electrolyte for lithium batteries.