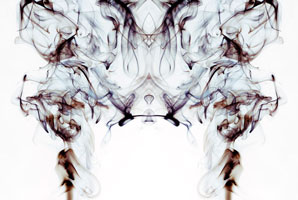 A new type of chemical sensor changes colour in the presence of volatile vapours, offering a way of monitoring for contaminants and hazardous chemicals in the environment before they can cause harm.

A University of Tsukuba–led team created thin films of a porous, treelike polymer that, with its branched tendrils, absorbs and captures molecules of gaseous, evaporated solvents. Within a couple seconds of solvent exposure, the fluorescent colour and intensity of the film changes, offering a visual signal that’s easy to interpret with the naked eye.

The colour reflects the chemical polarity of the solvent, so a single film can distinguish between numerous types of hazardous agents. Plus, the film returns to its original colour after the solvent vapor is removed — which means the sensor could be reused many times for environmental monitoring.