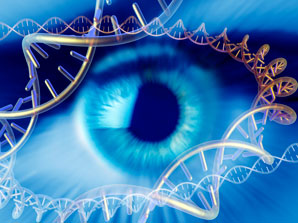 Researchers have found more than 100 genetic variants that increase a person’s chance of developing fluid pressure in the eye, a major risk factor for glaucoma and irreversible blindness. The finding could lead to a new predictive test for glaucoma — one that can identify patients who most need preventative treatment to stop them from going blind as they age.

A team co-led by scientists from Flinders University inspected the DNA of more than 130,000 people for the study. They found that just over half of the 101 genetic markers linked to high eye pressure increased the risk of glaucoma.

An analysis of all 101 genes alongside others linked to degeneration of the optic nerve then showed that the individuals with the largest number of these genetic variants were nearly six times more likely to develop glaucoma than those who had the fewest such variants.