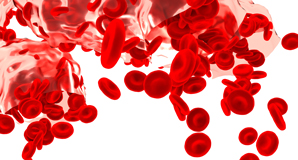 By reproducing naturally occurring mutations that elevate the production of foetal haemoglobin, a new CRISPR-based gene therapy could help treat inherited blood disorders such as sickle cell disease and β-thalassemia.

The mutations are found in patients with a benign condition called ‘hereditary persistence of foetal haemoglobin’, or HPFH, in which the γ-globin that is normally switched off after birth remains active.

A team led by scientists at the University of New South Wales identified two repressor proteins that normally bind part of the γ-globin gene at specific sites where mutations responsible for HPFH occur.

This finding helps clarify how these mutations prevent gene silencing, and it highlights a potential way to reactivate foetal haemoglobin production using genetic changes known to be safe in people.