Decision trees within a molecular memristor 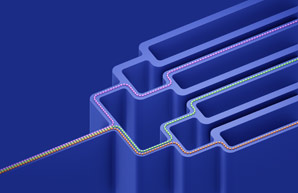 An electronic device that exhibits some of the flexibility of neural circuits in the brain has been demonstrated.

The technology underpinning today’s computers — logic gates based on transistors — was developed more than 70 years ago. While computers have become more powerful by packing more transistors into them, they don’t come close to rivalling the adaptability and performance of our brains, which are based on neural circuits.

Now, a team that included four researchers at the National University of Singapore has fabricated a device that mimics brain circuits in that it can store information.

Known as a memristor (short for memory resistor), the device contains an iron-containing molecule that has five electrical states and that can remember its previous states.

The team demonstrated the ability of their memristor to realize a decision tree, so-called because it employs a tree-like model to determine outcomes based on inputs.