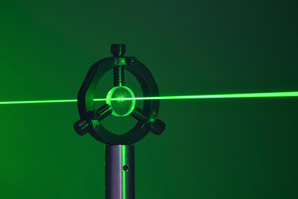 A new breed of inexpensive lasers could result from the first demonstration of stable, continuous lasing at room temperature in a class of materials known as perovskites.

Best known for their potential for use in inexpensive, high-efficiency solar cells, perovskites are also highly promising for use in lasers because of their low cost, tunable wavelength and high stability. But a phenomenon known as laser death, whose cause has yet to be pinpointed, has prevented the realization of continuous lasing at room temperature using perovskites.

The researchers anticipate that this finding will lead to the development of inexpensive electrically operated lasers based on perovskites.