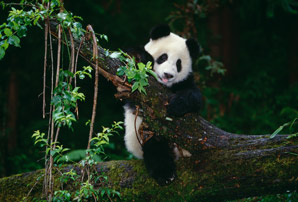 Thousands of animals worldwide live in habitats that are inadequately protected by international conservation efforts.

Animals evolve to survive in specific habitats, or niches. The resulting range of adaptations can determine a species’ resilience to environmental change, implying that conservation measures should protect a variety of niches for each species.

Now, a team that included researchers from the University of Queensland has mapped all possible habitat niches for nearly 20,000 amphibian, bird and land mammal species across the globe and compared them to existing protected areas. They found that current conservation areas fail to sufficiently protect more than 90% of these species, including 2,385 that are already endangered.

The team then modelled the minimum land area required to give every species enough niche protection and found that it covers nearly 34% of Earth’s land surface — almost double the target agreed on by 195 governments worldwide.