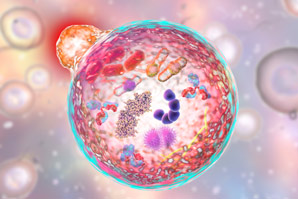 The cell’s recycling hub, the autophagosome, takes shape via a process of ‘phase separation’, in which the various protein building blocks coalesce within the cell, much like beads of oil in vinaigrette, to form distinct liquid droplets.

The finding, by a Japan-led team that included researchers from Kanazawa University, indicates that the autophagosome is not only involved in degrading biomolecular condensates composed of other proteins and RNA molecule; the organelle itself comes together in the same way as well.

The researchers used various microscopy techniques to watch the autophagosome-generating machinery in action. Working with yeast cells and with autophagy-related proteins in a test tube, they obtained detailed evidence that the pre-autophagosomal structure forms inside liquid droplets. The team also showed how various mutations and chemical tags can impair this process by inhibiting phase separation.