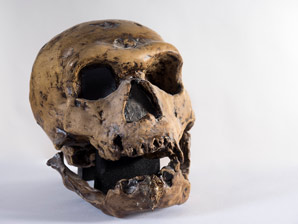 Two ancient hominin species may have temporarily shared a home in a Siberian cave.

Excavations in Denisova cave, in the foothills of Siberia’s Altai Mountains, have unearthed a wealth of evidence that both Neanderthals and their less prolific sister group, the Denisovans, lived in this region, but precisely when remains unclear. Radiocarbon dating has only provided ages up to 50,000 years ago.

A team that included researchers from Wollongong University used optical dating — which reveals when a material was last exposed to sunlight — of cave sediments to chronicle ancient human occupation over the past 300,000 years, adding more than 100 new ages to the sequence. Their timeline suggests that Neanderthals lived alongside Denisovans in or around the cave for roughly 70,000 years, and mated with them around 100,000 years ago before moving on.

Future findings may reveal when and why the Denisovans went extinct, and whether they interacted with the first modern humans arriving in Asia.