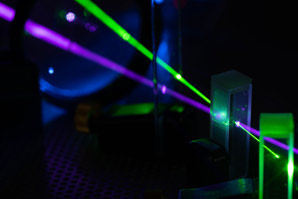 A laser system that reverses normal expectations — lasing at lower energies with increasing energy loss — has been demonstrated at room temperature.

According to laser textbooks, the more losses that occur inside a laser cavity, the greater the energy you will need to supply to get it to lase.

Now, five researchers, all at KAIST in South Korea, have shown that the opposite can be true when using a laser in which quantum entities known as excitons and polaritons interact with each other.

The team achieved this by using a hexagonal laser cavity capable of producing polaritons at room temperature, which usually require cryogenic temperatures to generate. The symmetry breaking that occurs in this cavity gave rise to its unusual lasing properties.

This demonstration could lead to the development of high-efficiency lasers that start lasing at low energies.