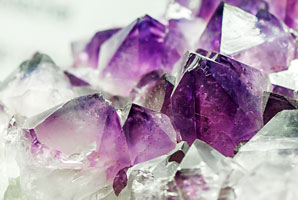 Scientists have created a new material with enhanced piezoelectricity, which could lead to better-performing ultrasound and sonar devices, according to a study in Nature Materials.

High-performance piezoelectric ceramic materials, such as lead magnesium niobate-lead titanate (PMN-PT), have the ability to generate an electric current when pressure is applied, and are used in a range of applications, such as sensors and electromechanical devices like transducers and actuators.

Now, an international team of scientists, including researchers from the University of Wollongong in Australia, has produced a new material with twice the piezoelectric response than in standard PMN-PT by adding small amounts of samarium, a rare-earth metal, to crystals of PMN-PT.

“The majority of existing useful materials are discovered by trial-and-error experiments,” Long-Qing Chen, one of the study’s authors, told Nanowerk. “But here we designed and synthesized a new piezoelectric ceramic guided by theory and simulations."