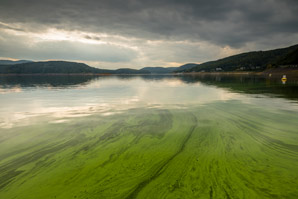 A massive survey of lakes around the world has found that the frequency of algal blooms is on the rise, especially in Asia and Africa.

Algal blooms on lakes represent a serious environmental threat as they can endanger both animals and people. But there has been little data on where and how frequently these destructive blooms have occurred.

Now, a team led by researchers from SUSTech in Shenzhen, China, has generated a huge database of nearly three million satellite images of almost 250,000 lakes — 57% of the world’s total lake area — taken between 1982 and 2019.

They found that nearly 9% of these lakes have had blooms. Furthermore, the frequency of blooms rose during the 2010s, especially in developing countries that rely on fertilizers to boost agricultural production.