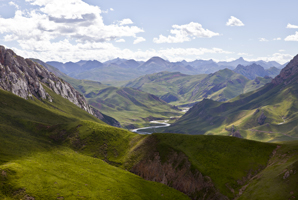 Mighty monsoons left their mark on the Mekong long after the mountains gave rise to the river.

The Mekong River originates in the Tibetan Plateau and is thought to have formed as the landscape rose, but precisely when is still debated.

Now, a team that included researchers from Lanzhou University in China has used radiocarbon dating to analyse the thermal history of bed rock as it became exposed along a kilometre-deep canyon of the Mekong in China.

They discovered a phase of rapid channel deepening about 17 million years ago, which affected the entire river, even in a region that had uplifted more than 20 million years previously. The sudden scouring coincided with a warm period of intensified summer monsoons, and the team used stream profile modelling to show that heavier rains could have been behind such extreme erosion.

This addition to the history of the Mekong helps explain how its deep canyons evolved long after tectonic uplift had plateaued.