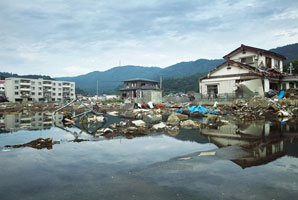 Geological features on the seafloor that contributed to Japan’s devastating 2011 Tōhoku-Oki earthquake and tsunami have also been found in a fault line that runs along the eastern coastline of North, Central and South America.

An international team of researchers, including some from the University of Tsukuba, noted that previous drilling research in the Japan Trench had revealed a clay-rich seafloor that helped translate the earthquake’s energy into the huge tsunami that struck Japan’s eastern coast.

With this knowledge, they looked at drilling samples from the seafloor off southeastern Costa Rica, where several continental plates meet. Their research suggests that the conditions in the seafloor in that location are also likely to increase the risk of tsunami in the event of a tectonic shift.

The findings could help identify other coastal fault lines around the world that pose a higher risk of tsunami.