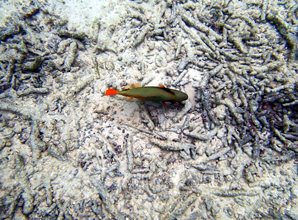 This century has already seen several deadly atmospheric heat waves, but there have also been some devastating marine heat waves, the impacts of which are less clearly understood—and harder to study.

A team that included researchers from the University of New South Wales trawled the literature to assess how marine ecosystems respond to these prolonged periods of extreme warming, which appear to be increasing in frequency.

They found that marine heat waves have killed off vast areas of coral, seagrasses and kelp, and reduced biodiversity. Species already living at the warm end of their comfort zone were particularly vulnerable, as were those in regions already under pressure from overfishing and pollution.