Over 90 endangered fish and invertebrates are caught in industrial fisheries 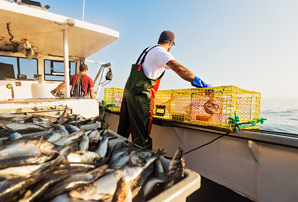 Unbeknownst to consumers, commercial fisheries have been reeling in endangered species amidst their usual haul.

Despite ongoing efforts to curb overfishing and replenish dwindling fish stocks, many endangered species still end up on the international seafood market.

A team that included University of Queensland researchers trawled global fisheries catch and seafood imports data to find the volume and value of individual fish and invertebrate species caught and sold between 2006 and 2014.

Based solely on official catch records, they identified 60 vulnerable, 20 endangered and 11 critically endangered species. Around three quarters of the total catch volume was haddock, Atlantic horse mackerel and bigeye tuna.

The USA and several European countries import the most threatened species, while several Asian countries may import more than they report due to a lack of species separation in their databases.