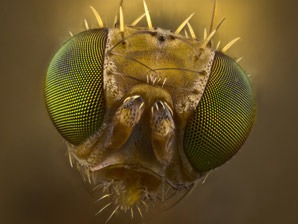 During the development of the fly brain, one gene plays a key role in steering neurons such that they give rise to the column-like structure of the brain.

The brain is organized into columns, which are thought to form through neurons from the same parent cell radiating outwards. But the molecular mechanism by which this occurs was unknown.

Now, eight researchers, all from Kanazawa University in Japan, have found that a gene that codes for the protein Down syndrome cell adhesion molecule (Dscam1) causes neurons of the same lineage to repel each other and that this leads to the formation of different columns.

The researchers speculate that the same mechanism may be at work in the development of the brains of other animals, including humans.