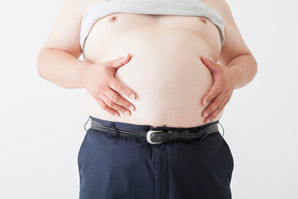 The storage of excess dietary fat at sites under the skin requires the proper interaction between a growth factor produced by fat cells and an adhesion molecule found on blood vessels. Enhancing the signalling between these two molecular partners could help prevent fat from being deposited in the muscle and liver, which can lead to diabetes and other metabolic problems.

A team led by the researchers at the Institute for Basic Science in South Korea created mice deficient in angiopoietin-2 (Ang-2), a growth factor produced at high levels by subcutaneous fat cells. Ang-2 normally binds a crucial adhesion molecule, a receptor called integrin α5β1, on the surface of blood vessels. This in turn anchors a fatty acid transport protein and spurs circulating fat molecules to shuttle from the bloodstream into depots under the skin.

The researchers found that subcutaneous fat uptake was perturbed without the interaction between Ang-2 and α5β1. Instead, fat accumulated in vital organs, and the mice ultimately developed insulin resistance.