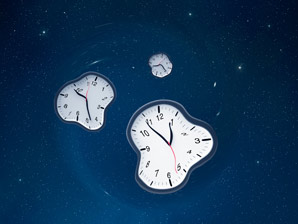 The temporal order in which events occur can display quantum features.

A team that included researchers from the University of Queensland in Australia has considered what happens when the two theories intersect. They did this by analyzing a hypothetical thought experiment in which an object that is so massive that it can affect the flow of time is placed in a quantum superposition.

The team found that the sequence of events can become quantum mechanical and display quantum phenomena such as superposition and entanglement. This opens up the intriguing possibility that an event could cause another event that occurred after it.