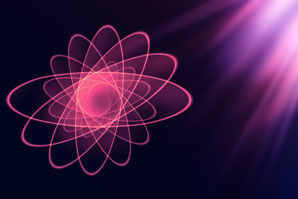 An all-fibre system that can efficiently couple distant atoms has been demonstrated. This is a promising step towards bringing quantum computing closer to reality.

So-called cavity quantum electrodynamics (QED) systems are a promising basis for realizing quantum computers. In them, information can be exchanged through light particles, or photons, interacting quantum mechanically with atoms. But coupling two such physically separated systems with low energy losses has proved challenging.

Now, a team led by researchers at Waseda University in Japan has succeeded in connecting two such cavity-QED systems by a metre-long optical fibre with an energy loss of only 2%.

Using this approach, the team was able to observe a reversible interaction between photons and atoms that were two metres apart — the first time that has been achieved in a quantum optical system.