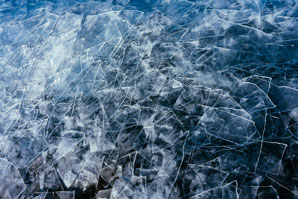 Despite its familiarity, water ice continues to surprise. New forms of ice in which water molecules bond to each other in unexpected new ways continue to be found.

In a bid to get to grips with ice structure space, a team that included a member of the Advanced Institute of Materials Research at Tohoku University conducted a comprehensive theoretical study.

In solid form, water molecules form four bonds to their neighbours, in a tetrahedral arrangement. Silica, another very common material, forms very similar bonding networks, which have been mapped in several large databases.

Setting aside all prior knowledge of ice, and starting from silica instead, the team used computer modelling based on density functional theory to map the configuration space of ice bonding networks.