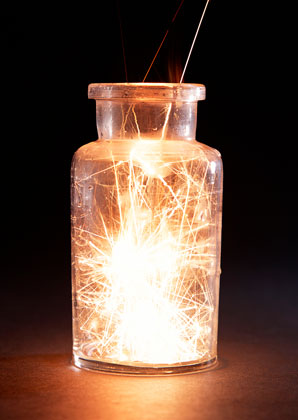 Scientists have developed a technique for capturing the ultrafast ionization processes that occur in chemical reactions, providing a deeper understanding into light-driven processes such as photosynthesis.

Ionization is an important intermediary step in many chemical reactions, but because it lasts only a few femtoseconds (10-15 seconds), its path and subsequent products cannot be directly observed, limiting our understanding of the reaction.

Now, an international team of scientists, including researchers from the Technical University of Munich in Germany, have combined two pump-probe spectroscopy techniques, in which an initial laser pulse first excites krypton atoms, and then a time-delayed pulse is used to measure the type and number of ions created in the ionization process.

The method not only allows the process to be recorded but can also control ionization dynamics, making possible more efficient solar panels and faster computer chips.