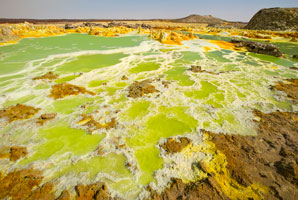 By analyzing rock samples from Western Australia, Norway and Canada, scientists have discovered the missing piece that led to the formation of the Earth’s crust.

The Earth’s crust has a highly evolved chemical composition and is one of the most accessible parts of our planet for studying geological history . However, current crustal formation models are based on magmatic processes, in which igneous rocks melt and fuse together to form the crust, and do not fully account for its chemical composition.

Now, a team of scientists, including researchers from Curtin University in Australia, has shown that the weathering of ultramafic rock, igneous rocks, high in nickel and chromium, that make up the Earth’s mantle, become part of the continental shelf, compensating for the imbalance in nickel and chromium in current models, and is the missing piece of the puzzle the formation of the Earth’s crust.