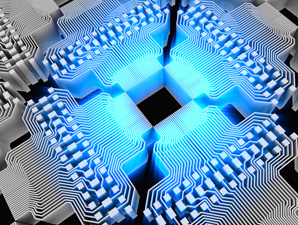 Researchers have created a blueprint for a functioning quantum computer based on conventional manufacturing techniques used in today’s electronics industry, according to a study published in Nature Communications.

Although quantum computers with up to 50 quantum bits, or qubits, are available, they are not more powerful than digital computers. Fully realizing the power of quantum computing will require devices that contain hundreds of thousands, or even millions, of qubits.

Now, a team of Australian and Dutch scientists, including researchers from the University of New South Wales in Sydney, have created a scalable quantum computing architecture that employs widely available silicon-based manufacturing techniques used in the electronics industry.

Their design incorporates conventional silicon transistor switches to ‘turn on’ operations between qubits in a vast two-dimensional array, and could lead to the development of large-scale quantum computers incorporating millions of qubits.