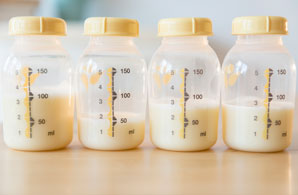 Studying genes in breast cells before, during and after puberty has provided insights into how mammary glands develop.

Female mammals produce milk in their mammary glands, or breasts, to feed offspring. The cells lining the gland wall, or epithelium, only become lactating ‘luminal cells’ in adulthood, but the genetic activity behind the timing of this change is unclear.

A team including researchers from the University of Melbourne used single-cell RNA sequencing to compare genetic activity in thousands of mice breast epithelial cells pre-puberty, during puberty and in adulthood. They found that before puberty, all cells are in a similar, immature state, but on the cusp of puberty, cells begin to express genes that specify whether the basic cells become luminal cells.

"This sort of technology can be applied to understanding which cells go awry in women at in increased risk for developing breast cancer” one of the authors, Jane Visvader, reports.