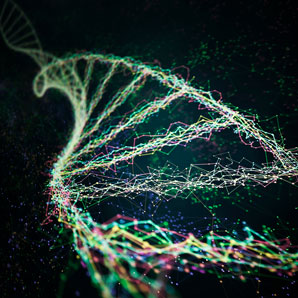 CRISPR-Cas9 uses an RNA molecule to guide the Cas9 protein to a specific section of DNA for Cas9 to cut so that genes can be added or removed. As imaging techniques can tamper with the target molecules this process has never before been observed in action. A team led by researchers from Kanazawa University used atomic force microscopy to record the molecules doing their job. The footage showed that Cas9 is usually a flexible, shape-shifting protein, but with the guide RNA attached, forms a fixed and stable structure. These newly built ‘molecular scissors’ head to their target on the DNA and change shape again to make the final cut.

This work confirms scientists’ theory of how CRISPR-Cas9 works and highlights the potential of atomic force microscopy in molecular imaging.