Signatures of two-photon pulses from a quantum two-level system 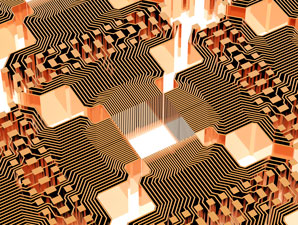 Physicists have used an ultra-fast laser to determine whether electrons in an atom emit one photon or two.

Individual particles of light, known as photons, are used to carry information in quantum computers. Single photons can be generated at specific moments by exciting the electrons in an atom using a finely tuned laser pulse. This enables fast and accurate information storage. However, a second photon sometimes emerges due to re-excitation of the atom by the first photon, muddying the precision of the process.

A team including researchers from the Technical University of Munich explored how two photons can sometimes be emitted. They adjusted the power of a laser pulse hitting an artificial atom until the atom released precisely two photons — most consistently when the laser pulse was set to 80 picoseconds.

The study provides insight into the re-excitation process that has hampered single-photon sources, and could encourage further research into creating complex multi-photon states which would lead to more secure quantum computers.