Building ProteomeTools based on a complete synthetic human proteome 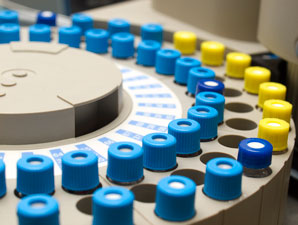 An international project is seeking to establish an analytical standard for the human proteome – that is, all of the proteins encoded by our genome. Within the next few years, this new resource could greatly facilitate biomedical research.

The project is a joint effort between researchers at the Technical University of Munich, JPT Peptide Technologies and Thermo Fisher Scientific. In the first phase, the team generated more than 330,000 fragments from synthetic proteins designed to cover the entire human proteome. They then analysed the fragments using liquid chromatography–tandem mass spectrometry, creating reference data for future human proteomics studies.

The data are being made publicly available, and the researchers are encouraging other teams to re-analyse the protein fragments with further methods to produce a more robust reference data set. The team plans to release new data every six months, with the aim of producing and characterizing 1.4 million fragments, including disease-related mutations and peptides with biologically relevant modifications.